Wake Up! How Much Proof Do You Need?

I think most of us here understand that 9/11 was a false flag attack, but for those who need convincing, here, in one convenient place, is just about everything that exposes the lies...

“The illusion of freedom will continue as long as it’s profitable to continue the illusion. At the point where the illusion becomes too expensive to maintain, they will just take down the scenery, they will pull back the curtains, they will move the tables and chairs out of the way and you will see the brick wall at the back of the theater.” — Frank Zappa.

9/11 was the day the showed us the brick wall at the back of the theatre, the bars on the windows, and the barbed-wire fence around the perimeter. But most American’s have demonstrated that they cannot handle simple truth. Instead, they willfully disregard facts and refuse to think, or engage in Orwellian doublethink, cognitive dissonance, lean on normalcy bias, or continuously entertain themselves with sports and perversion. Many continue to “just think positive” after watching their fellow citizens massacred on live television.

For those that can handle the truth, 9/11 is false flag education day, where we inform others of past false flags to ensure future ones do not occur. The truth movement must ensure that those democided by the 9/11 false flag did not die in vain.

One of the best places to start investigating 9/11 is Architects and Engineers for 911 Truth, where over 1,700 certified architects and engineers prove beyond all doubt that the Twin Towers and Building 7 (not hit by a plane) were destroyed by controlled demolition. Make sure you see there documentaries such as Solving the Mystery of World Trade Center 7, 9/11 Blue Print for Truth and 9/11 Explosive Evidence – Experts Speak Out.

Solving the Mystery of World Trade Center 7 begins with one of Europe’s top demolition experts examining WTC 7: “This is controlled demolition. Absolutely. It’s been imploded. It’s a hired job done by a team of experts.” Next WTC 7 is shown collapsing next to other buildings that are known to be controlled demolitions. As you will see, WTC 7 falls in the exact same manner. Narrator Ed Asner notes that it takes months to prepare a 47-story building like WTC 7 for controlled demolition.

Then there is footage from 9/11 where firefighters say, “The building is about to blow up. Move it back.” A medical student and other witnesses heard explosions and described a shock-wave ripping through Building 7 immediately before it imploded. An air force medic describes a 3-2-1 countdown to the implosion. Several reporters, including Dan Rather, immediately recognized that WTC 7 was a “planned implosion.”

The National Institute of Standards and Technology (NIST/government) claims that WTC 7 collapsed due to office fires. However, Richard Gage, architect and founder of AE 911 Truth, points out that no steel skyscraper in history has ever collapsed due to such fires. Gage and structural engineers then prove that WTC 7 collapsed into its own foot print symmetrically at free-fall speed, which even NIST admits. For such a collapse to occur, every steel column would need to be cut at the exact same time. “The symmetry [of the collapse] is the smoking gun,” says another engineer.

Despite the fact that office fires cannot melt steel, there was plenty of molten steel at WTC 7. How did the steel melt? Numerous professors including Steven Jones and Niels Harrit found evidence of active thermetic material (nano-thermite) in the dust of WTC 7, that is high-tech explosives used to destroy steel structures. Nano-thermite would explain why 9/11 firefighters gave interviews stating that they saw molten metal “like lava, like being in a foundry.” NIST admits that despite nearly 3,000 people being killed in the 9/11 attacks and explosions (squibs) being clearly visible, they “did not test for the presence of explosive residue.” Most of the 9/11 debris were quickly destroyed by the government before they could be properly tested.

“Lucky” Larry Silverstein, the leaseholder of the World Trade Center on 9/11, admitted on television that Building 7 was “pulled”, a term associated with controlled demolition. Silverstein obtained insurance policies in July 2001 for his World Trade Center buildings with a face amount of $3.55 billion (less than two months before 9/11). After 9/11, Silverstein sued the insurance companies arguing that two planes were two separate attacks. He eventual won and was awarded up to $4.57 billion, depending on an appraisal that followed. Lucky Larry, who’ office was in the World Trade Center buildings where he admits he was everyday, claimed he wasn’t there on 9/11 because his wife scheduled him a dermatologist appointment that day and demanded he go. Four of Larry’s employees on the 88th floor weren’t so lucky, nor were their families.

Additionally, the BBC and other news outlets reported that Building 7 had collapsed 23 minutes before it actually did. This indicates that the news script had been written with foreknowledge of the demolition.

Top US government insider Dr. Steve R. Pieczenik said that Osama Bin Laden died in 2001 of Marfan syndrome and that he was prepared to testify in front of a grand jury that a top general told him directly that 9/11 was a false flag inside job. Pieczenik cannot be dismissed as a “conspiracy theorist”. He served as the Deputy Assistant Secretary of State under three different administrations, Nixon, Ford and Carter, while also working under Reagan and Bush senior, and still works as a consultant for the Department of Defense. A former US Navy Captain, Pieczenik achieved two prestigious Harry C. Solomon Awards at the Harvard Medical School as he simultaneously completed a PhD at MIT.

“They ran the attacks,” said Pieczenik, specifically naming members of the Bush administration …“I taught stand down and false flag operations at the national war college, I’ve taught it with all my operatives so I knew exactly what was done to the American public,” he added.

Pieczenik is not alone as hundreds of senior government officials challenge the official 9/11 story.

According to former FBI Special Agent in Charge, Ted Gunderson, 9/11 was an obvious inside job. Witnesses like Jeffrey Smith agree.

Three months before 9/11, Vice President Dick Cheney usurped control of NORAD, and therefore he alone had the power to call for military aircraft on the hijacked airliners on 9/11. He did not exercise that power until after the World Trade Center and Pentagon were destroyed, when he had Flight 93 shot down. On the contrary, the Secretary of Transportation on 9/11, Norman Mineta, testified that Dick Cheney gave a stand-down order to U.S. air defense on 9/11. Three months after 9/11, Cheney relinquished command of NORAD and returned it to military operation. Dick Cheney was the CEO of Halliburton before becoming vice president. Halliburton was awarded no bid contracts to occupy Iraq. After 9/11 Cheney said that the government was going to have to operate in the shadows and “work towards the dark side” in secret.

According to Pulitzer Prize winning journalist, Seymour Hersch, Dick Cheney also wanted a false flag event to start a war against the people of Iran. Hersh explained that during the meeting in Cheney’s office, an idea was considered to dress up Navy Seals as Iranians, put them on fake Iranian speedboats, and have U.S. forces shoot at them. This idea, intended to provoke an Iran war, was ultimately rejected.

Dr. Robert Bowman, Lt. Col., USAF, ret., the former head of the Star Wars missile defense program under Presidents Ford and Carter, has gone public to say that the official version of 9/11 is a conspiracy theory and his main suspect for the architect of the attack is Vice President Dick Cheney.

On the morning of 9/11, President George W. Bush visited children at an elementary school. Certain vocabulary words were repeated by the class as Bush watched: “HIT, STEEL, PLANE, MUST.” If we change the order we get PLANE MUST HIT STEEL. In your face.

Shortly after 9/11, George W. Bush gave a speech in which he proclaimed that: “The hijackers were instruments of evil… Behind them is a cult of evil, which seeks to harm the innocent and thrives on human suffering. Theirs is the worst kind of cruelty, the cruelty that is fed, not weakened by tears. Theirs is the worst kind of violence, pure malice while daring to claim the authority of God… It is enough to understand that evil, like goodness, exists. And in the terrorists, evil has found a willing servant.” The “cult of evil behind the hijackers” wouldn’t be Skull and Bones, which formed the CIA (Bin Laden’s employer) and to which three generations of Bushs belong?
Donald Rumsfeld announced that the Pentagon could not account for $2.3 trillion dollars on September 10, 2001. The next day, the story was conveniently lost in the news of the 9/11 attacks. Rumsfeld also admitted that Flight 93 was shot down, which was obvious given the fact that parts of the plane were found scattered over 8-miles.

A number of top pentagon officials and San Francisco Mayor Willie Brown were warned not to fly into New York on the morning of 9/11. Why didn’t the people on the targeted planes get the same warnings? 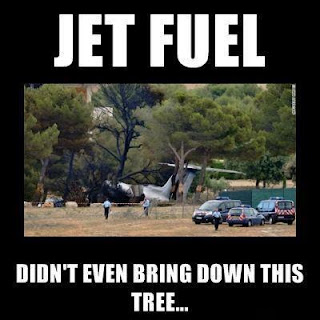 The FBI had foreknowledge of the 1993 World Trade Center Bombing and refused to stop it. Their informant wanted to replace the live bomb with a fake but the FBI then removed him from the case. The informant felt he was being set-up by the FBI and taped his conversations with the agents. The bombing killed six people and injured over 1,000.