ROCKWOOD, Pennsylvania (CNN) -- Four generations of Saylors have worked the family's dairy farm for nearly a century, but for the past three years, the cows have been doing something besides providing milk: They've been helping power the place. 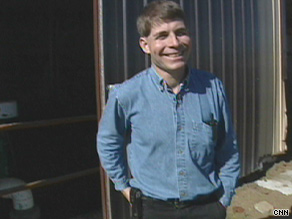 "The farm used to get a lot of complaints," says farmer Shawn Saylor. "It used to stink a lot."

Growing up on the sprawling spread 90 minutes from Pittsburgh, 36-year-old farmer Shawn Saylor developed into a self-described science buff.

So it was no surprise that, when faced with rising energy costs, Saylor turned to technology.

He tapped into an abundant and easily accessible energy source: manure from about 600 cows.

"It's a pretty simple process. There's not really a lot to it," Saylor said. "Manure comes from the cows, and there's energy left in the manure."

The process is known as anaerobic digestion, and here's how it works:

With the help of a mechanical scraper in the barn, manure drops into a 19,000-gallon tank. The slurry then moves into the digester, which is 16 feet deep and 70 feet in diameter. It's heated there for about 16 days while the bacteria break down the organic matter in order to produce methane gas. That gas is burned in two engine generators to make electricity.

See an interactive explaining the process »

Heat created by the generators keeps the digester hot, heats the buildings around the farm and helps provide hot water.

The electricity is used to power this farm and a dozen neighboring homes, Saylor said. And there's still some left over, which he sells back to the grid.

"In savings, there's $200,000 a year, in either extra income from sale of electricity or cost offsets," he said.

"So you're talking about system project costs of over a million dollars to build the system but a payback of five years or less."

Before he installed the system, the pungent smell from the cows could linger for three to four days, Saylor said. "The farm used to get a lot of complaints from motorists, which is understandable. It used to stink a lot."

Now, the digesters reduce 98 percent of all odor, although he admits that if the wind blows, you still "get a whiff."

The farm's leftover solid waste is sold to the community.

"We use it for bedding for the animals," according to Saylor. "A lot of people like to get it for their gardens ... because it doesn't smell much."

Farm-based digesters became popular in the United States during the Arab oil embargo in the 1970s. But the technology didn't catch on, possibly because of the high operational costs and declining energy prices, according to the Department of Agriculture.

Although Saylor had been interested in digesters for years, his dream didn't become reality until 2006. That's when he received a $600,000 grant from Pennsylvania's Department of Environmental Protection.

He said his goal is to waste nothing.

"In a biodiesel system, all the waste products can either be used or fed back into the digester to make more gas," he said. "I've always looked at new technologies and believed you kind of have to work with that stuff to stay with the future."