For five happy years they enjoyed simple lives in their straw and mud huts.

Generating their own power and growing their own food, they strived for self-sufficiency and thrived in homes that looked more suited to the hobbits from The Lord of the Rings.

Then a survey plane chanced upon the 'lost tribe'... and they were plunged into a decade-long battle with officialdom. 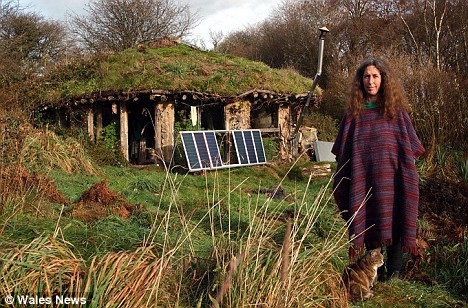 Pioneering: Eco-dweller Emma Orbach is delighted planning has been approved

The eco-community in the Preseli mountains of west Wales was set up in 1993 and lived contentedly away from the rat race round a 180-acre farm bought by Julian and Emma Orbach.

In 1998, it was spotted when sunlight was seen glinting off a solar panel on the main building, which was built from straw bales, timber and recycled glass.

When the pilot reported back, officials were unable to find any records, let alone planning permission, for the mystery hillside village surrounded by trees and bushes. 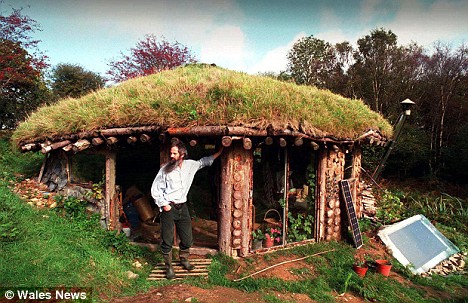 Brainchild: Architectural historian Julian Orbach came up with the idea

They insisted the grass-covered buildings should be demolished.

The eco-community endured a decade of inquiries, court cases and planning hearings.

The 22 villagers fought planners even when they were within hours of the bulldozers moving in to demolish their eight homes.

Now, however, they can celebrate, thanks to the Pembrokeshire Coast National Park Authority's 'sustainability' policy.

With green issues now getting a more sympathetic hearing, the commune has been given planning approval for its roundhouses along with lavatories, agricultural buildings and workshops.

Community founder Emma Orbach, a 52-year-old mother of three, said yesterday: 'We are really excited and happy as it has been a very long battle.

'Even when planning inquiries and court hearings went against us we were determined to fight on.

'The villagers are pioneering a new lifestyle and are determined to prove it's possible for people to live more simply.'

Tony Wrench, 62, who lives in the original roundhouse with his partner Jane, said: 'We are very relieved and delighted.

'We have been able to prove to the planners that it is possible to have a sustainable and low-impact community in the countryside. 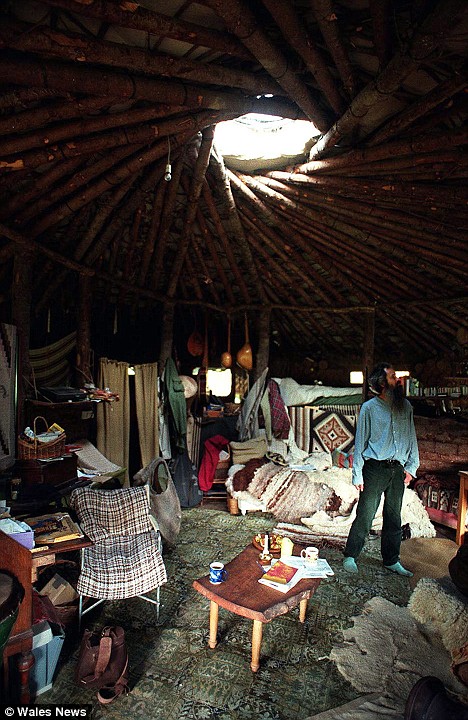 Green: The houses use only solar power and get light from a roof window

'We had to prove we were improving the biodiversity of the area and conserving the woodland and we did that. It's great that our efforts to build a community using renewable resources have now been supported by the planners.

'The planners have worked miracles in making a new policy which enables communities which are self sufficient to exist.'

Amid the celebrations over the victory, however, it seems that life away from the rat race has not run entirely smoothly for the pioneers of simple living.

The two founders, architectural historian Julian Orbach, 55, and his wife Emma are divorced, and the commune has been split into three entities. 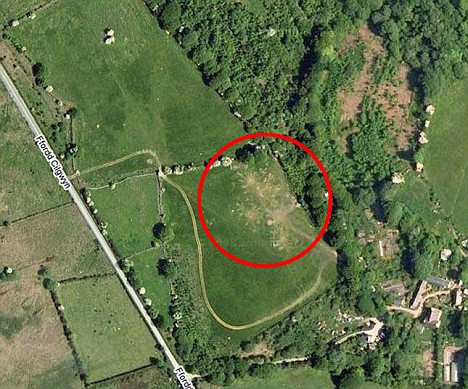 Caught out: An aerial view of eco village Brithdir Mawr. The complex could not be seen from the road

The original 180-acre farm was divided up into the area around the farm, a section around the original roundhouse known as Tir Ysbrydol (Spirit Land) where Mrs Orbach lives, and 80 acres of pasture and woodland run by a community known as Brithdir Mawr.

Each community is independent and they co-exist as neighbours in a more traditional style.

Brithdir Mawr continues to support sustainable living based around the original farmhouse, with eight adults and four children sharing communal meals, looking after goats, horses and chickens - and also holding down part-time jobs to raise the £200 per month rent they each pay Mr Orbach, who lives in a house in nearby Newport.

The current residents now run businesses such as courses in furniture making and sustainable living for around £95 a head.

On their website they explain: 'We are eight big people and four little ones who choose to live here: working, eating, meeting and laughing together. Being a community is a large part of what we do. To sum up the rest; we are striving towards a life in which our footprints are as light as they can be.'

One resident, Ben Gabel, 38, who runs a seed business with his partner Kate, said: 'It is completely different to what it was. Most people would consider the set-up quite normal.

'The kids watch DVDs and we run a business from the farm.'

I am inspired. It sounds like it got classified a s acommunity because the owner of the land doesn't live there, and he is collecting rent. If it was him on his own land, I don't think they could of hassled him. 10 years is a long time to be in a court battle...I guess that's the system ! Big Peace Bubble to them !....T