Solfeggio Frequencies for Healing and Transformation

INTRODUCTION
Music and sound can be a very powerful transformational tool for the human body and soul. However, information has come to light in recent years that our modern day musical scale has been robbed of its vast potential for healing and transformation, and there was once an even more powerful, time-honored tonal scale known as, the "original Solfeggio frequencies."

These original Solfeggio frequencies, still have the capacity to transform your life in miraculous ways. Their origins date back to ancient times when they were sung in the Gregorian chants during religious ceremonies in churches of that time. But mysteriously, around 1050 AD, they mysteriously disappeared, presumably lost forever.

These chants contained special tones or frequencies which, when sung in harmony, and in Latin, were believed to impart tremendous spiritual blessings during religious masses. Apparently, the combination of these sacred tones and the Latin intonation, had the power to penetrate deep into the recesses of the subconscious mind and promote great healing and transformation.

The Solfeggio frequencies contain the six pure tonal notes that were once used to make up the ancient musical scale, until, it has been presumed, they were altered by the Catholic Church and Pope Gregory I, (better known as "Gregory the Great"), who served from 590 to 604 AD. The Church claims that they have "lost" 152 of these amazing ancient Gregorian chants, but more than likely, they have been purposely locked away in the bowels of the Vatican archives.

One of those sacred chants, however, known as, "The Hymn to St. John the Baptist," has re-emerged and now can be found on a few select CD releases such as, "NPR Milestones of the Millennium: CHANT – Hymns and Sequences – Gloria in Excelsis Deo," which is available on the iTunes music store.

This hymn also goes by its Latin name which is, "Ut Queant Laxis Resonare Fibris [Hymn]," and can be found on the CD, "Chant II" by The Benedictine Monks of Santo Domingo de Silos. "The Hymn to St. John the Baptist" has become known as the most inspirational hymn ever written and features all six Solfeggio notes.

Our modern day musical scale is slightly out of sync from the original Solfeggio frequencies and is, consequently, more dissonant as it is based upon what is termed the "Twelve-Tone Equal Temperament." In ancient times, the musical scale was called "Just Intonation." And also, our modern music also falls within the A 440 hz frequency, which was changed from A 417 hz, around 1914.

(For more on tuning instruments to the Solfeggio Frequencies scale please go to Part 3.)

In essence, nearly all the music we hear today on the radio and that is sold in stores, whether rock, jazz, soul or classical, is atonal and counter productive in comparison to the amazing transformational powers of the great Solfeggio tones. Our modern music is literally at dis-ease with the human body. 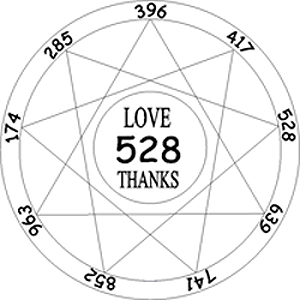 Each of the six Solfeggio frequencies correspond to, not only a note on the tonal scale, but to a cycle per second hz frequency number, and to a specific color, and, ultimately, to a particular chakra in the body.

The 528 hz frequency is known as, the "528 Miracle," because it has the remarkable capacity to heal and repair DNA within the body and is the exact frequency that has been used by genetic biochemists. Green, of course, is the primary color of our Mother Earth, because our planet vibrates to the frequency of love or of the heart.

THE SOLFEGGIO FREQUENCIES MUSICAL SCALE
From the article, "Forgotten In Time: The Ancient Solfeggio Frequencies" by David Hulse, D.D. writes:

"According to Professor Willi Apel, 'The origin of what is now called Solfeggio ...arose from a Mediaeval hymn to John the Baptist which has this peculiarity that the first six lines of the music commenced respectively on the first six successive notes of the scale, and thus the first syllable of each line was sung to a note one degree higher that the first syllable of the line that preceded it. By degrees these syllables became associated and identified with their respective notes and as each syllable ended in a vowel, they were found to be peculiarly adapted for vocal use. Hence 'Ut' was artificially replaced by 'Do.' Guido of Arezzo was the first to adopt them in the 11th century, and Le Marie, a French musician of the 17th century added "SI" for the seventh note of the scale, in order to complete the series.

Further research states that, "Pope Johannes later became a saint - Saint Iohannes - and then the scale was changed. The seventh note 'SI' was added from his name. 'SI' later became 'TI.' These changes significantly altered the frequencies sung by the masses. The alterations also weakened the spiritual impact of the Church’s hymns. Because the music held mathematic resonance, frequencies capable of spiritually inspiring mankind to be more 'Godlike,' the changes affected alterations in conceptual thought as well, further distancing humanity from God.' In other words, whenever you sing a Psalm, it is music to the ears. But it was originally intended to be music for the soul as well or the 'secret ear.' Thus by changing the notes, high matrices of thought and to a great extent well being, was squelched. Now it is time to recover these missing notes."

The Six Solfeggio Frequencies include:

DR. JOSEPH PULEO and DR. LEONARD HOROWITZ – "THE MUSIC SHALL SET US FREE"
The Solfeggio frequencies were essentially rediscovered by the late,
Dr. 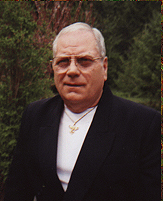 Joseph Puleo, (pictured right), a naturopathic physician and one of America's leading herbalists, who began his research into this field in the mid-1970's.

He was Divinely inspired to examine the Bible and he uncovered in Genesis: Chapter 7, Verses 12-83, that there were a pattern of six repeating codes around a series of sacred numbers, 3, 6 and 9. When deciphered using the ancient Pythagorean method of reducing the verse numbers to their single digit integers, the codes revealed a series of six electromagnetic sound frequencies that correspond to the six missing tones of the ancient Solfeggio scale.

During his investigation, Dr. Puleo was treated rather peculiarly when he asked some pointed questions of a Monsignor in Spokane, WA about the musical scale. In what some have called a mystical coincidence. Dr. Puleo became convinced that the Solfeggio frequencies were of extreme importance and were being purposely censored by the Catholic Church. 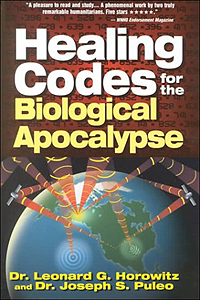 Along with Dr. Leonard G. Horowitz, known for his great work in investigating AIDS and vaccines, he co-authored the book, "Healing Codes for the Biological Apocalypse," released in 1999. This book has been instrumental in making the world aware of the power of the ancient Solfeggio frequencies.

Since its release, Dr. Horowitz has continued his tireless and incredible research into the Solfeggio tones and is now offering video tutorials to assist musicians in how to tune a guitar or a synthesizer keyboard instrument (parts 1 and 2) to the correct Solfeggio scale. More information can be found at www.love528.com.

He has also formed a recording company, Tetrahedron Records, and has recruited artists, such as guitarist Scott Huckabay, that are producing music implementing the Solfeggio tuning scale. In addition, Dr. Horowitz has organized a world-wide concert event known as the Concert for the Living Water | LiveH2O, which has become an annual event during the Summer solstice.

Dr. Horowitz is adamant that the solution to all of humanity's problems lies within the music, which he believes is precisely what the Bible was referring to when it reads, "and first there was the Word." Dr. Horowitz believes the "Word" means the music, or, the frequencies.

He has therefore christened this ancient musical scale as "The Perfect Circle of Sound" due to its immaculate symmetry of mathematics, sacred geometry (three perfect triangles) and sound frequencies, which emanate directly from the Divine Creator.

He has since deduced that there are three more perfect notes that should be added to this scale. They are the 174 hz, 285 hz at the bottom of the scale, and the 925 hz at the top, which when added in with the six original Solfeggio frequencies, create three perfect triads of notes: 3 x 3 = 9. With 9 being the sacred number of completion.

"There is nothing missing, nothing broken, as the religious world says, in the Kingdom of Heaven," Dr. Horowitz said recently of the "Perfect Circle of Sound."

"The Kingdom of Heaven, in the world of physics and mathematics, is called 'the musical mathematical matrix." So (now) we've got the core, creative frequencies of that matrix, where there is nothing broken, there is no dis-ease, there is no diss-onance, there is only harmony with this communion Divine, which is the optimal harmony," he concluded.

I recently went to a music conference where someone was playing "crystal" bowls. (In my opinion these are actually glass bowls because they are not cut from a solid crystal but formed as a glass bowl would be formed). I am amazed by these bowls ever since I had them used at a reiki session I paid for. I was mentioning to the musicians there, you could get any other musical instrument to play the exact same tone as these bowls (which are supposedly specifically tuned to the chakras) and it wouldn't have the same effect as the wonderful healing quality that I get from listening to the bowls. I doubt if a recording of the bowls would convey the vibrations that course through the body in a very healing manner either. I highly recommend anyone who gets a chance to listen to these bowls, they are wonderful.

I also personally get a lot out of singing in my little church choir. The sum of the parts = more than the parts summed! Musical practice offers so much joy to the world - I hope it can bring healing as well.

Crystal bowls are made from 99.992% pure crushed quartz and heated to about 4000 degrees in a centrifugal mold.   http://www.crystalbowls.com/about_crystal_singing_bowls.htm

The vibrations from these glass bowls can be felt up to 2 miles away.  I personally experienced a healing from one such session.  If you are connected to the spiritual / esoteric community where you live, you may be able to find someone who has a set of bowls and offers healing sessions.

In a similar vein, I highly recommend the practice of vocal toning as a healing method.  Again, you may be able to find toning groups in your area.

Here's a video about one such group.  Notice the crystal bowls on the table.

I am so glad to see this posted here! I was a music major in college and played professioanlly for many years - and we were taught in school of the older tuning frequencies. I always wondered why they would change such a thing. Here's the cool part though  - I knew "Doc Joey!" He had an incredible amount of knowledge and had a wonderful property in Idaho where people would fly in from all over the world to work with him. He was actually afraid of being killed for what he put in the book - and the first printing used an alias.

He has a story about holding a glass of water - and being hit with a laser beam while in his kitchen. This was presumablky through an open window. I was sitting there with him as he was recountijng the story - and as he was describing the incident - he reached down and pulled out the glass - which was hit by the beam  - and it had a melted hole in it! A regular glass mind you. He was not hurt - but it scared him pretty good.

Anyway - it's an interesting book - and can probably still be purchased. He gave me a copy of it on CD as well.

He died about a year or so after I met him - so unfortunately I wasn't able to get together with him more than a few times - but he was an amazing man, and took a LOT of information with him. He was looing for someone to help him get it all organized and sorted.